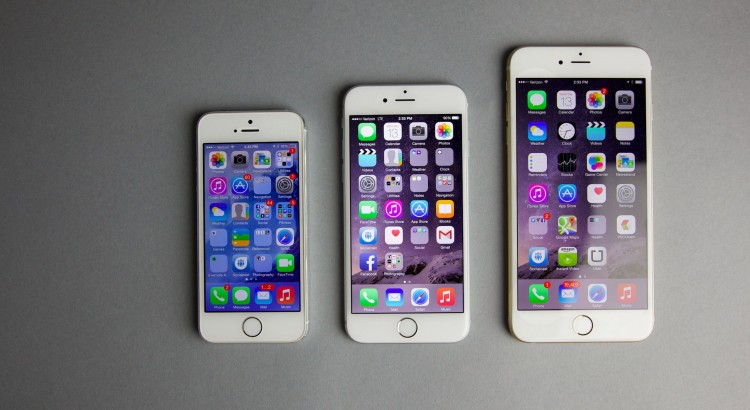 Apple’s iPhone has long been one of the most popular smartphone franchises in the marketplace, and the latest flagship offerings, the iPhone 6 and 6+, are intended as the next evolution of the iconic device. Both the iPhone 6 and 6+ feature a larger screen, faster processor and other upgrades to the previous generation iPhone, making both excellent options for users looking for the latest iteration of the iOS experience. The iPhone 6 does have a few premium features to set it apart from the standard model, but are they enough to justify the differences in price tag?

The most obvious difference between the iPhone 6 and last generation’s iPhone 5 is the larger size, caused chiefly by the upgraded screen. The screen of the iPhone 6 brings 326 pixels per square inch to its 4.7 inch display to create a high-definition look while still making the phone slimmer than ever at a mere 6.9mm thick.

The iPhone 6 also features a faster processor and more bandwidth for 4GLTE support, creating more powerful voice and data connections in more areas. It also includes a new service, Apple Pay, standard to allow users to integrate their credit cards with their smartphone and make mobile payments with fingerprint verification for maximum security.

Another improved feature of the iPhone 6 is the camera, which has been made to function better in low light and has more accurate facial detection for self-portraits. Battery life is another beneficiary in this generation, delivering up to 10 consecutive hours of Internet time. As for the internal memory sizes, the iPhone 6 comes in a 16GB model, a 64 GB model and a 128GB version for high-capacity users.

Where the iPhone 6 is an improvement on its predecessor, the iPhone 6+ is intended as an even more ambitious statement about what a smartphone can be, introducing a 5.5inch display that makes the smartphone more like a small tablet. The iPhone 6 is obviously larger than the standard model because of its focus on the panoramic screen, which also makes the device slightly thicker than the iPhone 6. The display is also more powerful than that of the iPhone 6, showing 401 pixels per square inch for the ultimate in sharpness and clarity.

The iPhone 6+ camera benefits from an upgrade, featuring gyroscopic image stabilization along with the standard improvements from last generation. The larger size of the iPhone 6 is also due in part to the larger high capacity battery, which delivers 24 hours of talk time and 12 hours of Internet time on a full charge.

The iPhone 6 line is a clear step up from the previous incarnation, but the most dramatic improvements are made with the iPhone 6+, which gives users industry leading screen size, battery life and a range of other features distinguishing it as the finest device on the market. Those who choose the standard iPhone 6 will no doubt get a high-caliber device, but for those who want the most comprehensive version of the current iPhone experience, the 6+ is the only way to go.