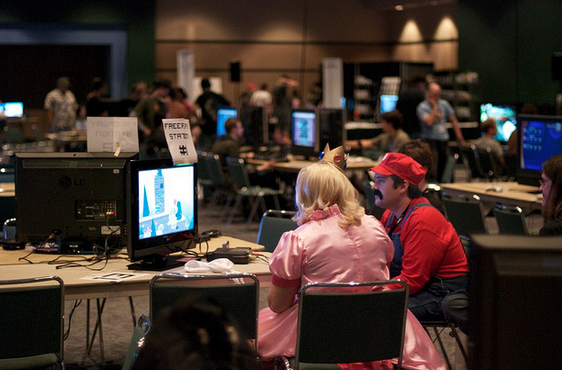 For long time gamers it’s often fun to go back to the old games and consoles that first captured your imagination to try and re-live those fun times. Unfortunately, the speed at which the games industry has moved has made a lot of those old games a real bore to play. Obviously it’s not always the case, but you really have to pick your retro games wisely.

The GameCube Holds Up Well

While not nearly the oldest console around, the GameCube (which was a big hit in the early to mid-2000s) still has a number of titles that are well worth playing in 2013. Games like Monkey Ball 2, The Legend of Zelda and Super Smash Brothers are all still top notch games. The cartoon style of many of the GameCube’s games means that they still look pretty cool now and not quite as dated and ugly as some of the other systems of the day.

The N64 Is Always Fun

The N64 (from the 1990s) was a great console for multi-player games. If you are planning a group retro gaming night then this console is a must. Re-live classic multi-man games like Goldeneye, Mario Kart and Super Bomber Man. Simple, easy to play, fun games for everyone. If you are fed up with complicated and long-winded new games and decide you want to sell your Xbox 360 or Playstation 3 and go old-school and simple then the N64 is the choice for you. The unique N64 gaming pad is a bit of a love/hate thing. Some people think it’s the best pad ever and others just can’t get along with it. Use this to your advantage on a retro gaming night and destroy your friends at Mario Kart 64.

If you are looking at playing on the really old consoles, forget about playing the first-person shooter games. The loading screens will drive you mad and the limitations of the game-play (compared to modern games) will frustrate you. Another issue with older consoles is that there were often literally hundreds of games available, with many being pretty awful. Don’t accidentally find yourself paying over the odds for rubbish games online just because the box looks cool. Have a read around and see what older titles people still get a great night of gaming out of.

Outside of the Game Boy and a few SEGA Game Gear games, the older hand-held consoles are pretty awful by modern standards. It’s one thing playing something old for five minutes for the novelty factor but you don’t need to actually own one. You’ll get bored really quickly and find yourself playing with your new smart phone instead.

Of course no retro gaming evening would be the same without a certain few well-known characters. Classic Mario Brothers games on the NES and SNES are still really fun to play and Sonic The Hedgehog on the Mega Drive is hours of gaming greatness on its own.